"Price is my due diligence." - Warren Buffett

Daily new cases in Italy MIGHT be tapering.  I am the furthest from any sort of expert on this topic but as a guy who lives inside charts this was encouraging to see. 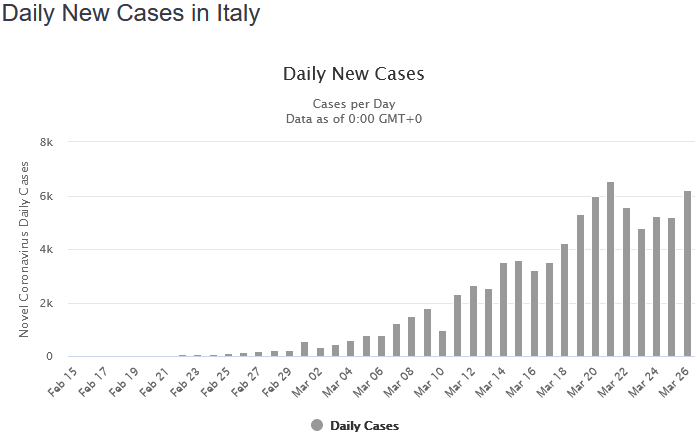 Hopefully this is the beginning of the end like in South Korea. 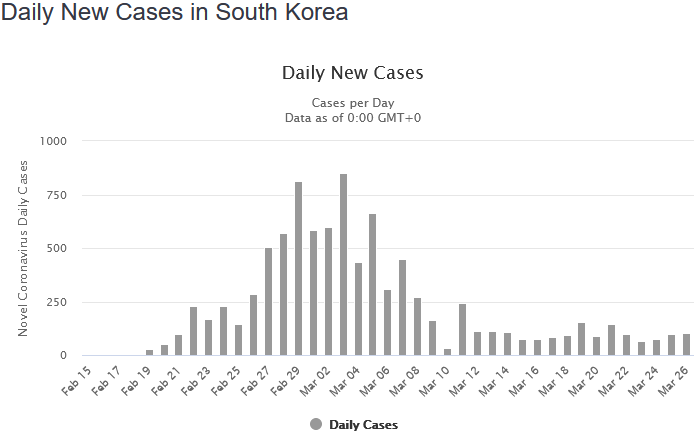 Our data will crest.  It is just a matter of when.

Yesterday was quite a day.

It began with the 8:30am unemployment numbers above.  That's it on the far-right of the chart...3,283,000 initial unemployment claims.  The most horrific and brutal economic data of my lifetime.  Tragedy born of tragedy.  I'm usually full of silver-linings but there simply isn't one here.  For most this recession will pass and life will return to normal.  For some, those in the data above, it will be incredibly hard and it is disheartening.

And then ironically enough the S&P 500 finished the day up +4%, shown below.

In the words of one client: "why the hell would stocks rise on an unemployment number like that?"

Great question!  First off I don't know and neither does anyone else.  In the short-term price swings are largely random and the market was deeply oversold.  Regardless, I have some thoughts (as usual).

Markets tend to assume the worst until shown otherwise.

This was a quote from my March 2nd post Market Minute: Coronavirus.

Clients often hear me babble about how markets hate uncertainty.  The unemployment report is a perfect example of this uncertainty principle.  Investors did not know if the initial claims would be one-million, three-million, ten-million, etc.  Once the number arrived you instantly saw prices begin to rise because uncertainty faded, despite the nature of the data.

One of the challenges of investing in the short-term is you never really know what is "priced in" to the market.  Behavioral finance demonstrates for us time-and-time again that markets often price the worst-case scenario.  From a psychology standpoint this makes sense.  When stressed our brains anchor to the worst-case scenario and you see it reflected in market prices.

"What if it's ten-million unemployed?  Better sell out now.  Oh, three-million? Better hurry and buy back in."

Under stress our brains can get a little wonky.  That's why there was a run on toilet paper (great article Amy!).  Coronavirus doesn't kill toilet paper.  History is always different but people stay the same.

Uncertainty fuels bull markets.  Persisting through uncertainty is the admission price of the long-term returns of markets.  Without uncertainty you earn the return of a bank account.

Markets don't have to make sense.  Often they don't. 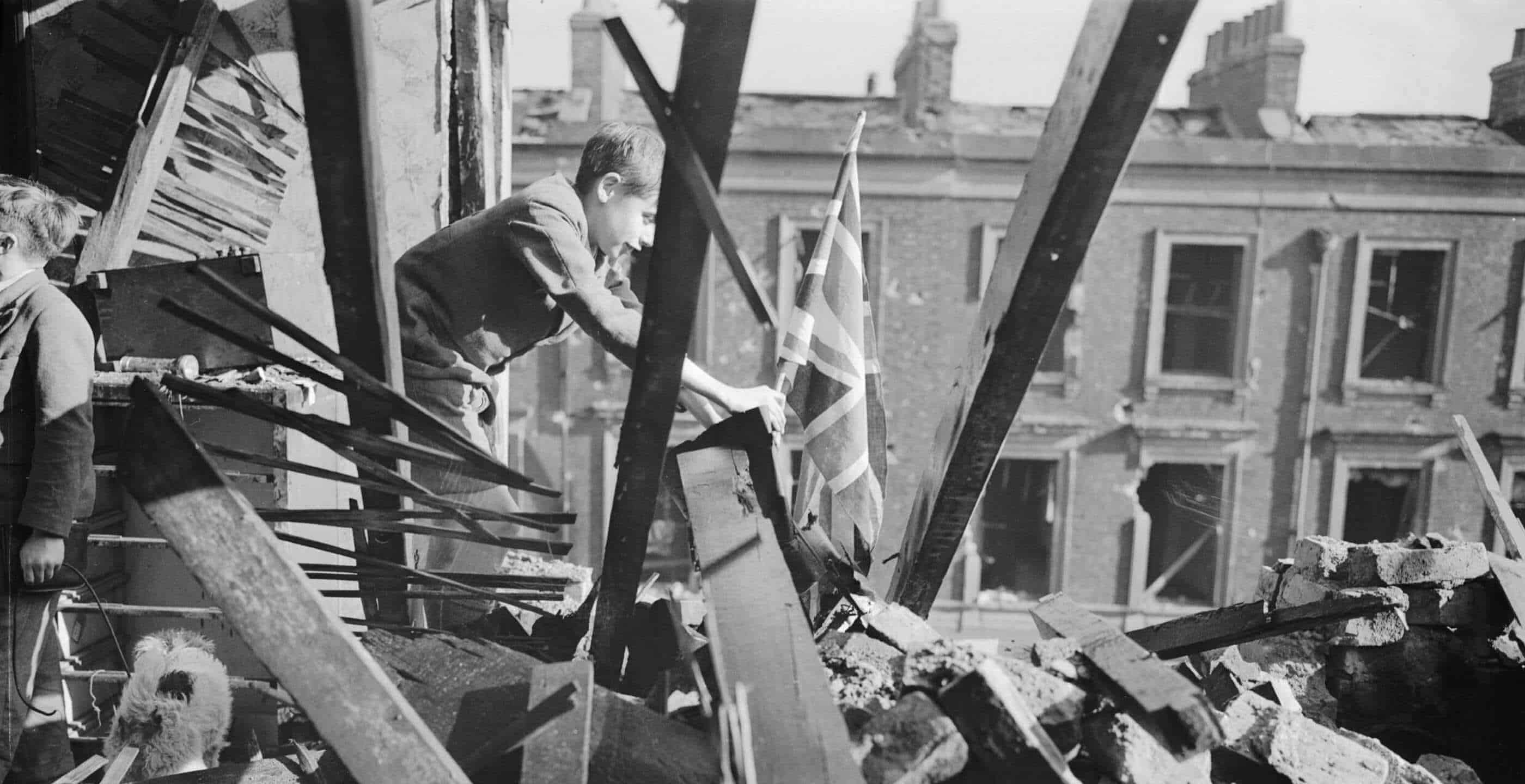 In 1940 Adolf Hitler was frustrated.  He wanted Britain to surrender.

Despite incredible air-superiority he lost the Battle of Britain. No matter how hard Hitler tried he could not get this tiny island of Britain to surrender.  He came up with a new plan called the Blitz.

The Blitz was simple: Germany would relentlessly bomb London 24/7 until Britain surrendered.  If he could break the will of the people the nation would fall.  Winston Churchill prepared his citizens for the trauma to come (this was the genesis of the famous "keep calm and carry on" mantra).  Churchill mobilized the psychiatrists of the nation to be prepared for the inevitable trauma.

Hitler felt every person and every nation had a breaking point.  Spoiler-alert: it didn't go to plan for Hitler.

The Blitz led rise to the Blitz Spirit.

As the blitz raged on for months Londoners adapted to the new reality.  Many of the psychiatric clinics Churchill mobilized actually closed during the blitz due to a lack of demand.

Rescue workers would get flustered because crowds cheering them were in the way.  Rates of suicide and alcoholism went down as the bombings persisted.  The restaurants that hadn't yet been bombed were packed.  Britain's government was frustrated because they couldn't convince Londoners to hunker down in shelters.

Londoners would joke about about the air raids as if they were the weather; calling days with several bombings "very blitzy."

What does this have to do with investing?  Bear markets can feel like a mental blitz at times.  A relentless bombing of bad news, stock volatility, and dire headlines that seem endless.  You will find in time the negativity eventually begins to lose potency:

"What do you mean three-million unemployed and the market goes UP?!  That makes no sense."

When terrible headlines start to lose their power over markets that can be a sign a bull is leering around the corner.

I don't know how long the bear market will last but I do know it will end and investors will be rewarded.  History tells us it will be awhile so sit tight and reinvest your dividends in the meantime. 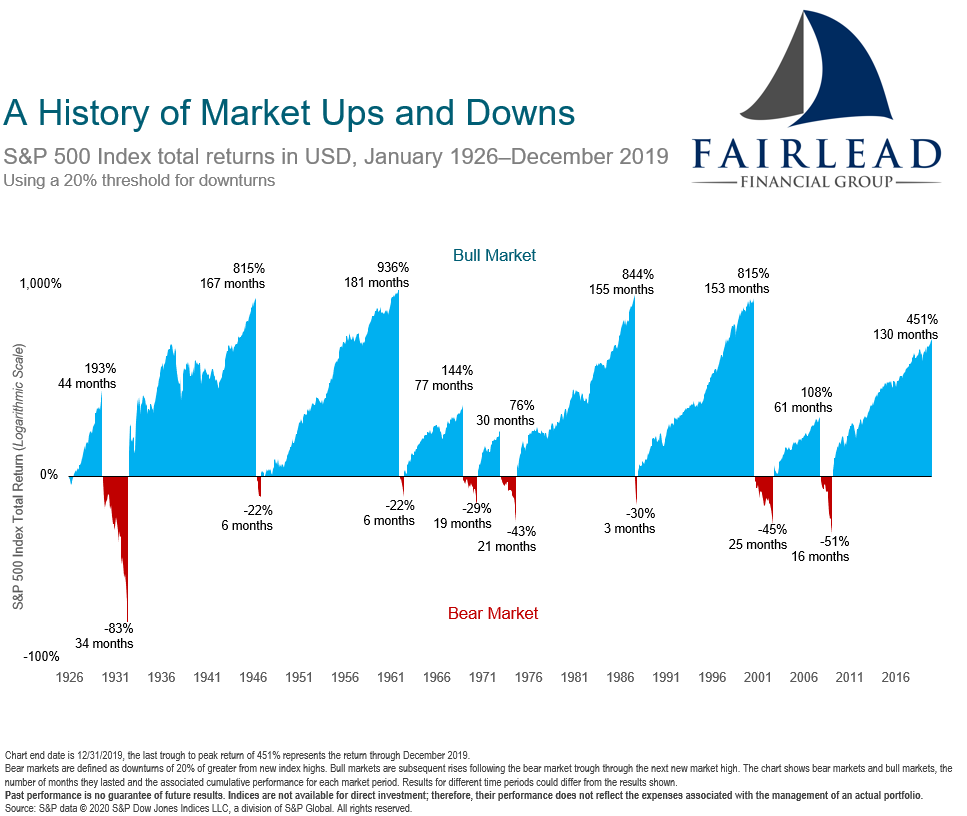 There is a bull market lurking and it's going to be great.  It's really hard to bet against capitalism.