"The big money is not in the buying or the selling, but in the waiting." -Charlie Munger 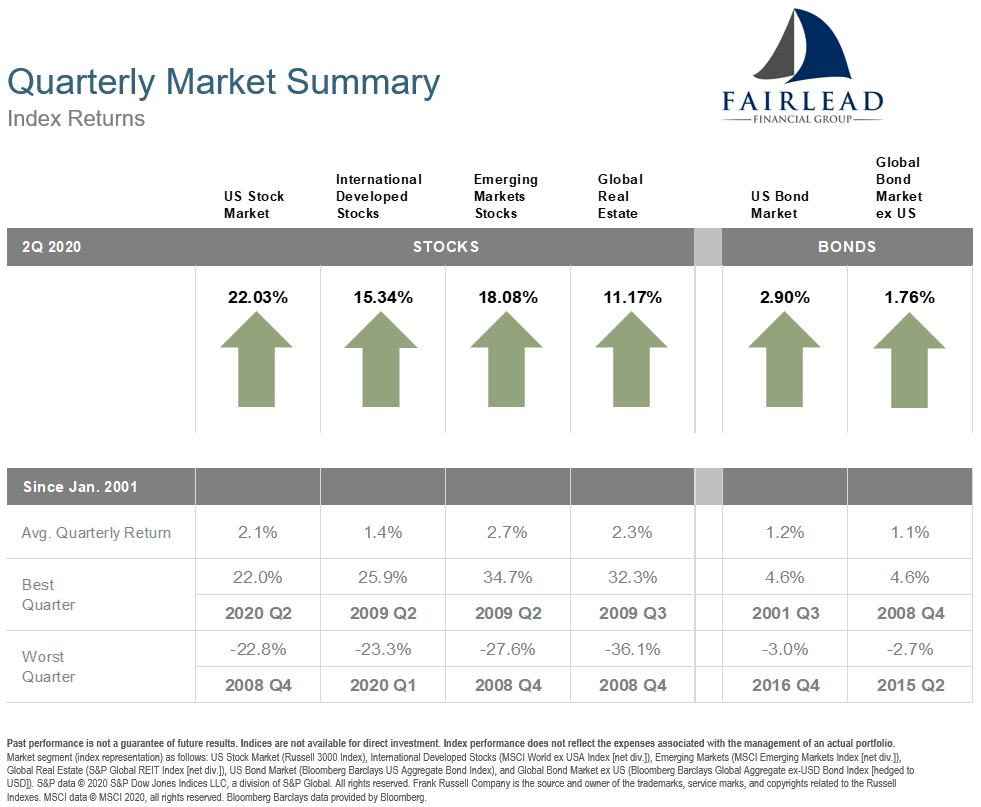 2020 grinds onward.  After a wild opening act the S&P 500 charged out of bear market depths in the second quarter.

Imagine you left home on January 1st to go live under a rock.  Yesterday you emerged to check your portfolio statement and saw the S&P 500 was down 6% for the year.  You'd probably pack up and hike back to your rock.  Down 6% is a pretty unremarkable year.  There's a lesson buried beneath that rock.

"Eighty percent of the market is psychology.  Investors whose actions are dominated by their emotions are most likely to get into trouble." -Adam Smith

Volatility can be a tough concept.

Investors often think of big declines when they imagine volatility.  In reality volatility cuts both down AND up.  We just don't mind when there is volatility to the upside.

Many investors learn this lesson the hard way.  LPL Research & Fidelity found that ~30% of investors over age 65 sold all of their stock positions at the depths of this bear market.  A brutal outcome.  Some form of that story gets repeated every bear market.  Fairlead clients were a disciplined (and even greedy at times) bunch and I couldn't be prouder.

Bear markets are not unusual; they are inevitable.  There will be more of them in your investing career.  Each uniquely scary in its own way.  The way you deal with bears is by having a plan in place before they arrive.

Is the drama over?

No, probably not.  I'd say 2020 has more plot twists in-store for investors.

What do those investors that sold at the bottom do now?  This behavior has been thoroughly researched: they will sit on cash until the world feels less uncertain.  Here's the thing: the world has always been, and always will be, uncertain.  The future is hazy and never settled.  Only history gets settled.

Ironically the uncertainty they feared is the very driver of the return they hoped to achieve.  By taking on some uncertainty you earn what's called a risk-premium in capitalism.

I am in-awe of the chart below from Dimensional Funds.

Source: Dimensional Funds. Past performance may not be indicative of future results. Indexes are not available for direct investment.

If you had invested $1 in treasury bills in 1926 and held until today you would have $22.  Treasury bills are considered the risk-free rate in finance.  If you instead invested that dollar into the S&P 500 (US Large Cap) it would have grown to $9,237.  The gap between the $9,237 and $22?  That's the risk-premium in finance.  Risk-premium is the reward you earn for investing during those scary moments of history.

Most of us intuitively know the more risk you take the more reward you should expect over time.  It's harder in practice.  The chart above makes it look simple.  It's not as simple as it looks.

What happened between 1926 and 2020?  Quite a bit.  Frankly, the 20th century was insane.  Intense progress and intense violence.  A handful of horrific wars, a bunch of recessions, a depression, massive civil unrest, even a few assassinations sprinkled here and there.

Shoot, the world nearly ended a couple of times during the 20th century.

Despite the world's wild nature there's a trend for those willing to bet on business adapting and thriving.

So, Devan, what happens next?

Your guess is as good as mine.

I think election & trade-war headlines will start to boil to the surface once again in Q3.  I have a post on politics and investing coming the next few weeks.  Until then here's a sneak preview: politicians need you to believe they are important to markets and business.  Are they?  Not really.  There's simply no data that supports the idea.  Politicians think highly of themselves but aren't that important to markets and business.

Most headlines mixing politics and investing are theater.  American business performs perfectly fine under all combinations of political leadership. This was by design.

What would a second COVID-19 wave mean for markets?

I couldn't be further from an expert on viruses.  My opinion on COVID-19 has zero value.

Here's one thing I do know: corrections and bear markets rarely come from events we anticipate.  Larger market moves are overwhelmingly caused by surprises.  As they say in boxing: it's the punch you don't see coming that hurts. 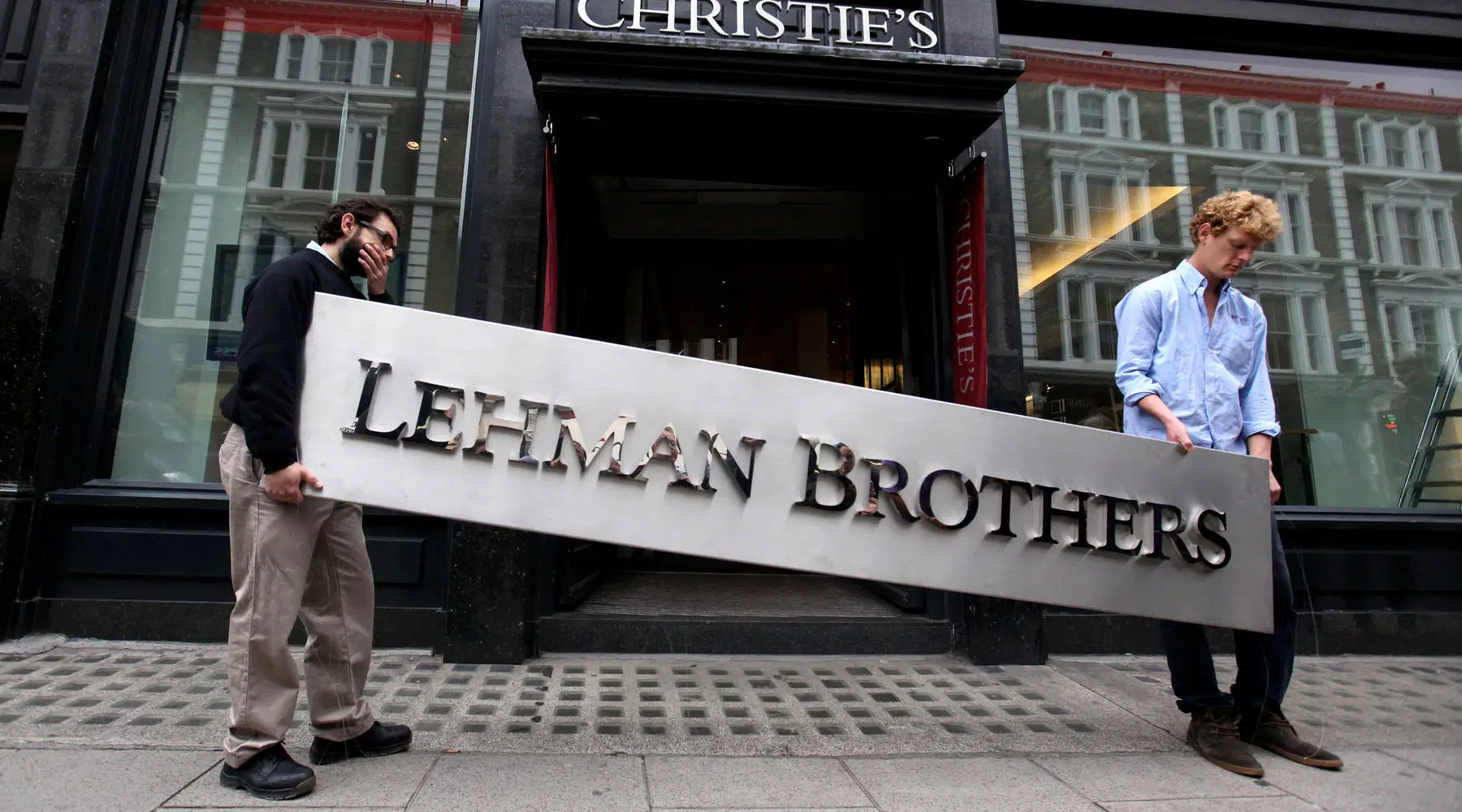 Rookie investors will be on the hunt for the next COVID-19, the next real-estate bubble, the next 9/11, the next flash-crash, etc. but it's fruitless.  I've been guilty of this.  The collapse of Lehman Brothers was my first holy-s*** moment in trading and it left an impression.  As I've said before risk is what you don't see coming.

Psychologists call it recency-bias.  Our views are colored by our individual experiences.  I spent a long time hunting the next Lehman that never arrived.

Will we retreat to new lows once again?  It's possible but I'm skeptical it would be due to COVID.  History tells us the next bear market will probably be something new and unforeseen.  That's why we build portfolios knowing the 21st century will be just as wild as the 20th.

Thanks for being a client and thanks for reading,